A few years ago I hosted a Capture the Flag (CTF) hacking event in which I used AWS as a cloud provider. Without prior experience with AWS, I remember I spent quite some time getting the EC2 instance up and running with the correct storage, performance and security configuration, installing and securely configuring the server and deploying the fbctf dashboard. I learnt a lot messing around with the infrastructure, but I actually wanted to start creating the challenges for the event!

In this article I'll explain a very easy way of running your own Internet-facing CTFd dashboard in DigitalOcean using the CTFd Docker image. At the end I'll provide a script that fully automates this entire process.

If you're in a hurry and just want to deploy the dashboard via the script, make sure you went through the install Docker and setup DigitalOcean steps. Then just skip to the script to start deploying.

Before we start, let's first briefly introduce the Capture the Flag dashboard we're deploying in this article. CTFd is a free, open-source Capture The Flag framework that is easy to setup and use. It has support for plugins and themes and requires few resources to run. Like most CTF dashboards it has a graph that shows the scores over time, allows participants to compete individually or in teams and provides the option for the host to view all participants' submissions, backup/restore the challenges and event status and scores. What I really like, is the simplicity in which you can make new challenges and set interdependencies if you want challenges to become available after others have been solved. For more information, read the CTFd documentation.

The goal is to get the CTFd dashboard running, that is accessible via the Internet. For this we will be using Docker to deploy a containerized version of CTFd.

Use one of the following links to install Docker for your local operating system:

After installation you should have the docker and docker-machine commandline tools we will be using for the deployment.

Disclaimer: I have professional experience with Microsoft Azure, Google Cloud, Amazon AWS and DigitalOcean as cloud providers, each with its own pros and cons. For this personal use case, I found DigitalOcean to provide great value, good performance and helpdesk responsiveness and is easy to setup and teardown. This is why I chose DigitalOcean as a cloudprovider for my CTF dashboard. In no way am I affiliated with DigitalOcean, nor did I receive any sponsoring from them (yet lol).

Note: One concern I often hear when people switch to cloud hosting, is the pricing. Indeed, it is a good idea to closely monitor your resources to avoid unexpected surprises. However, CTFd is a light-weight solution that doesn't require many cloud resources. I ran a CTF for 15 people with the configuration proposed in this article, that cost me less than 2 cents to host.

We will need a DigitalOcean account and an API token. The latter is used to access the DigitalOcean environment via the API.

Step 1. Create an account on DigitalOcean.com
Make sure to check if there is a good promotion code available when setting up your account. Those may provide you up to $100 in credits.

Clicking the Generate New Token button will popup a dialog. In this dialog, fill in a token name for your reference and make sure the write option is checked. Then click Generate Token. 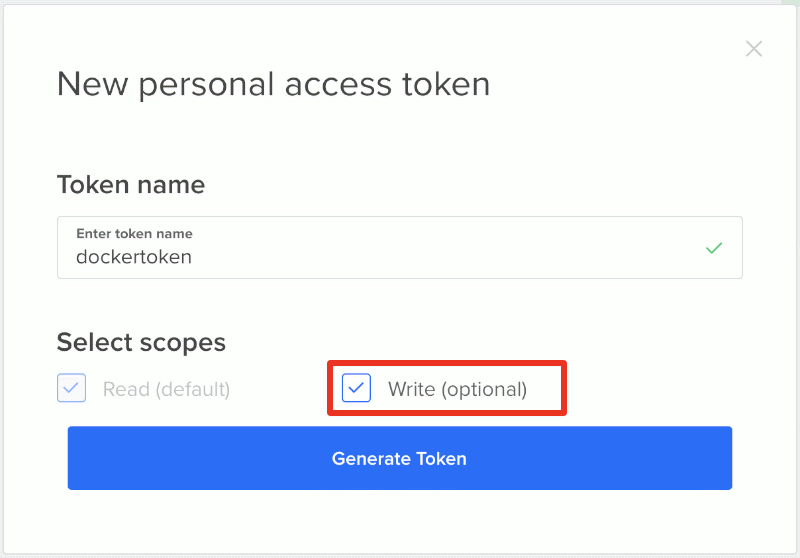 After the dialog closed, the token code will be visible in the list of personal access tokens. Make sure to copy this code to a safe place, because this is the last time it will be shown. If you lose it, you will need to generate a new token.

DigitalOcean Droplets are Linux-based virtual machines (VMs) that run on top of virtualized hardware. Each Droplet you create is a new server you can use, either standalone or as part of a larger, cloud-based infrastructure.

We will create a Droplet to host our Docker container. For this we will use the Docker machine tool that lets you install and manage the Docker Engine on remote virtual hosts like, in our case, a Droplet. The following command creates a Droplet:

The 3 variables for this call:

After creating the Droplet, you can check the IP address it's running on by executing the command docker-machine ip <droplet-name>

Finding your Droplet via DigitalOcean

Open your DigitalOcean environment. In the menu expand Manage and click Droplets. You will see your newly created Droplet.

I used s-1vcpu-1gb for the droplet-size and named it CTFd, which resulted in the configuration displayed below.

Connecting to your Droplet

You can check your Docker machines by running the command docker-machine ls.

This will connect the command shell to the Docker machine (Droplet) with the specified droplet name. From then on, any Docker commands will be executed on that droplet, instead of your local machine.

Running a Docker container in your Droplet

With the Docker engine running on your newly created Droplet and your command shell connected to it, it is time to spin up our Docker container from the CTFd Docker image.

This can be done by executing the following command:

This command has 3 variables:

The Docker engine on the Droplet will pull the image from the DockerHub and run it.

In order to make my life a bit easier, and hopefully yours as well, I automated the entire process mentioned in this article in one single bash script.

The script runs a few precondition checks, then prompts for the Droplet name and size, the dashboard-port and the DigitalOcean API token. When the script is finished, it will output the ip-address and port on which your CTFd dashboard is running.

You can stop and remove your Droplet by running the following two commands, with droplet-name being the name you gave your Droplet at the creation step.

After these two commands, the Droplet is gracefully stopped and removed from your DigitalOcean environment. It should also have disappeared from the Droplets overview on https://cloud.digitalocean.com/. You will only be charged for the time the Droplet was up.

How to get started with the 2019 SANS Holiday Hack challenge: KringleCon

How to secure your online accounts by setting up two-factor authentication (2FA) and why is it important to do so? Step-by-step guide for 2FA.